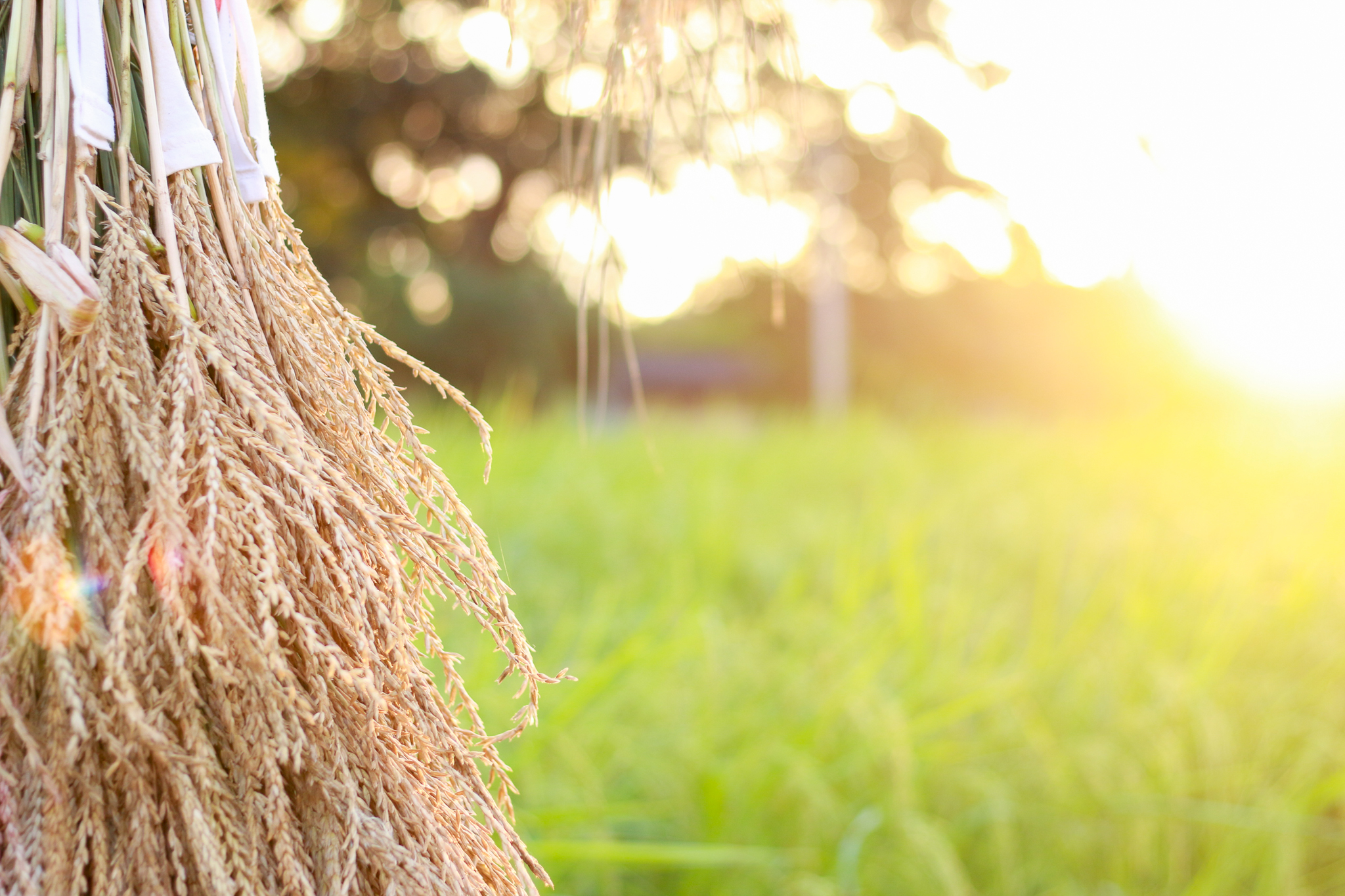 Baan Lao means “Our Home”, in Thai. We hope you feel at home during your visit.

Chef Nutcha Phanthoupheng has privately trained with Chef Chumpol Jangprai, the Iron Chef of Thailand, whose restaurant has earned two Michelin stars. She continued her training under Chef Vichit Mukura, who served the Thai Royal family, and now has his own restaurant that is celebrated with a coveted Michelin star.

In addition to her extensive private lessons, Nutcha obtained her Thai Cuisine diploma from The Blue Elephant in Bangkok, certification from the Mandarin Oriental Hotel Bangkok Cooking School, and her carving certificate from Bussaracum Royal Thai Cuisine.

The photo shown at the top of this page was taken at the rice fields owned by Baan Lao, in Thailand.
The riceberry rice and Haawn Mali jasmine rice served at Baan Lao are organically grown in our own fields.

The wine pairings featured with the Signature Dinner were selected by Master Sommelier, Pier-Alexis Soulière.

In 2014, Pier was named World Young Sommelier of the Year, and in 2016, he became one of very few to earn the Master Sommelier title

before the age of 30; a title held by only five individuals in Canada and 257 worldwide.

In 2018, he was awarded Best Sommelier of the Americas by the Association de la Sommellerie Internationale.

The tea pairings were chosen by our TAC Certified Tea Sommelier, Emmanuelle Viennois.

She has also curated a list of 30 exquisite teas for our à la carte tea menu, and trained the Baan Lao team

on the precise preparation and service of each one.

Kaitlyn was named World Class Bartender of the Year in 2017, during the World Class Cocktail Competition in Mexico City.

For those who prefer a non-alcoholic beverage, she also designed three mocktails. (Little Bird is a popular choice with its hint of chilli!)

On the wall at Baan Lao, you’ll see four original paintings by Suda The Elephant. Suda is a renowned Thai artist.

The cutlery presented at the table was specially sourced. It is the same cutlery used by the Thai Royal Family –

minus their crest, of course!

Chef Nutcha’s commitment to fresh, organic ingredients is fueled by her previous work as a nurse and cancer researcher in Thailand.

Our living wall helps provide fresh produce for use in the Baan Lao kitchen.

You can’t get much fresher than that, when the kitchen team harvests fresh herbs and greens for your meal

just minutes before your plate is prepared.